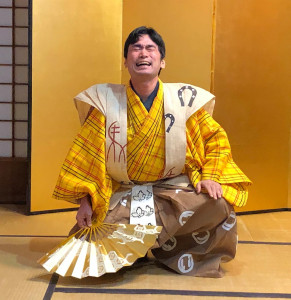 In 1999, upon entering Kyoto university, he started playing Kyogen at KGKK(Kyoto student Kyogen club). He took lessons from Masao Kimura and Masami Amitani, who are Kyogen actors of the Okura school and he has learned Traditional Kyogen for more than 20 years. Besides, he has worked on learning programs and workshop of Kyogen.

These days, he has also been working on making the laughter of Kyogen more popular among people these days by collaborating with other entertainment groups such as “Kyuto-ryu sadou”, modernized Japanese tea ceremony, or creating “Kyogen in Suits” and “Kyogen for Marriage Hunting.”

Career as a Kyogen actor

May 2020, played “Sanbaso” for the first time at Mikamayama Shrine. 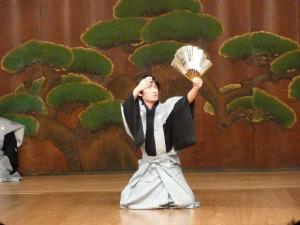 Since 2015, participated as a representative of Kyogen Division in “Kyuto-ryu Sadou,” which presents a new way of modern Japanese tea ceremony.

In recent years, created and played contemporary Kyogen at various events. In 2019, performed in Poland (Warsaw and Poznan). 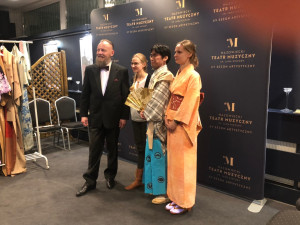 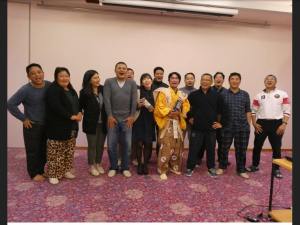 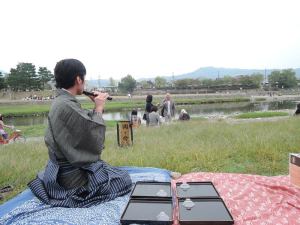 Career of teaching Kyogen at schools

2004- Has played at Kyogen show for elementary and junior high school students at Ooe Noh Theatre (Kyoto)演
2014- Has taught at the workshop for foreign students at Doshisha university (Kyoto)
2016- Has taught acting of Kyogen at elementary school in Kikai island (Kikai-cho, Kagoshima)
March 2018 Became a special lecturer at Oki-Dozen high school (Oki-gun Ama-cho) 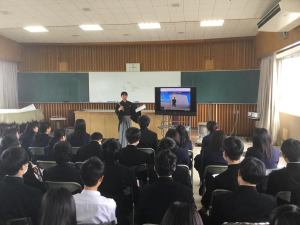 ●Kyogen in Suits was introduced in ABC radio “Dokkiri! Hakkiri! I am Yasushi Miyosawa” (Broadcast on November 1, 2018) 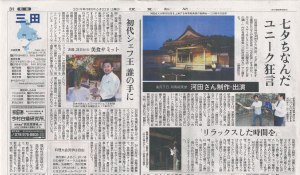 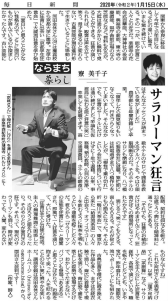